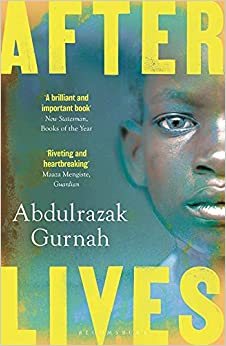 BY THE WINNER OF THE NOBEL PRIZE IN LITERATURE 2021 SHORTLISTED FOR THE ORWELL PRIZE FOR POLITICAL FICTION 2021 LONGLISTED FOR THE WALTER SCOTT PRIZE 2021 ‘Riveting and heartbreaking … A compelling novel, one that gathers close all those who were meant to be forgotten, and refuses their erasure’ Maaza Mengiste, Guardian ‘A brilliant and important book for our times, by a wondrous writer’ Philippe Sands, New Statesman, Books of the Year While he was still a little boy, Ilyas was stolen from his parents by the German colonial troops. After years away, fighting in a war against his own people, he returns to his village to find his parents gone, and his sister Afiya given away. Another young man returns at the same time. Hamza was not stolen for the war, but sold into it; he has grown up at the right hand of an officer whose protection has marked him life. With nothing but the clothes on his back, he seeks only work and security – and the love of the beautiful Afiya. As fate knots these young people together, as they live and work and fall in love, the shadow of