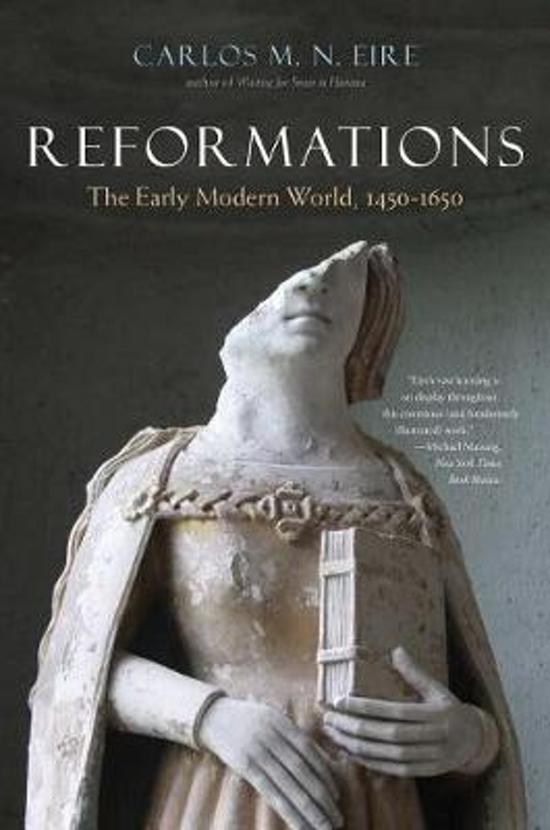 The first book to examine the Catholic and Protestant Reformations together, addressing reform in the Catholic Church in far greater depth than most other books on the subject

A lively, expansive history of the Protestant and Catholic Reformations and the momentous changes they set in motion. This fast-paced survey of Western civilization’s transition from the Middle Ages to modernity brings that tumultuous period vividly to life. Carlos Eire, popular professor and gifted writer, chronicles the two-hundred-year era of the Renaissance and Reformation with particular attention to issues that persist as concerns in the present day. Eire connects the Protestant and Catholic Reformations in new and profound ways, and he demonstrates convincingly that this crucial turning point in history not only affected people long gone, but continues to shape our world and define who we are today. The book focuses on the vast changes that took platte in Western civilization between 1450 and 1650, from Gutenberg’s printing press and the subsequent revolution in the spread of ideas to the close of the Thirty Years’ War. Eire devotes equal attention to the various Protestant traditions and churches as well as to Catholicism, skepticism, and secularism, and he takes into account the expansion of European culture and religion into other lands, particularly the Americas and Asia. He also underscores how changes in religion transformed the Western secular world. A book created with students and nonspecialists in mind, Reformations is an inspiring, provocative volume for any reader who is curious about the role of ideas and beliefs in history.