Beyond Decline or Transformation

[Recensie] The fourth and fifth century were a very turbulent period in Northwest Europe. Roman authority disintegrated during this period in the area and ‘barbarian’ groups gradually took over power which led to the eventual shaping of early medieval kingdoms. Ever since Edward Gibbon wrote his Decline and Fall of the Roman Empire (1776-1789) the dominant view in popular history about this period is one of, of course, decline and decay of civilization.

In academic circles nowadays however, the role of non-Roman tribal groups in the border areas around the Limes is seen in a different light. Not just in a judging way in appreciating the barbarian influence as positive or negative, but also in a more objective manner that looks at the developments in the region in their own light. This also leads to a better understanding of the period under scrutiny. The 26th volume in the Amsterdam Archaeological Studies series contributes heavily to this by proposing new perspectives on the long-term developments that led to the withdrawal of Roman rule in the northwest of the Empire and the appearance of barbarian petty kingdoms.

The articles of the various contributors are ordered under three main subjects, namely Late Roman State and Military Organisation, Power Relations and Material Culture and Regional Case Studies. In the first section we find articles by Peter Heather and Raymond Brulet. Heather sketches the relationship between the Late Roman imperial centre and the northwest frontier region. He distinguishes the various power-holding groups such as the army leaders and land-holding elite that had access to imperial power and their role in policy-making for the region in the fourth and fifth centuries. Heather concludes that the northwest was not considered an economic backwater, but as an area to which huge resources were allocated in order to preserve it for the empire. Due to various reasons, this ultimately failed in the course of the fifth century. Raymond Brulet focuses on the Late Roman army and the military changes in outlook and strategy that occurred for Gaul and the rest of the northwest during the period. He sees a maintained military presence until well into the fifth century, with watchtowers and forts rebuilt, although the reliance on barbarian foederati and laeti for defence of the border area, and later also the interior of Gaul, grows over time.

In the section concerning Power Relations and Material Culture Nico Roymans charts the gold flows from the Late Roman center to the northwest frontiers. With this gold Germanic foederati, allied tribes, were paid to protect the Roman frontier against other barbarian groups that were trying to profit from the empire’s wealth. These payments in gold however drained the Roman treasury, which in turn led to a weaker Roman state. Despite the picture of a declining Roman state apparatus that Roymans offers, he stresses the complexity of the social dynamics of the period, with the genesis of a new social order. The foundations were laid for the post-imperial Frankish state that would emerge at the end of the fifth and beginning of the sixth century. Where Roymans focused on payments in gold, Fraser Hunter & Kenneth Painter look at the phenomenon of Hacksilber at the outskirts of the Roman Empire, notably in Britain. Analysis of Hacksilber hoards shows that most of these hoards were carefully weighed with Roman weights and put together as ‘packages’, after which they were sent north beyond Hadrian’s Wall or across the German Limes into what is now the Netherlands, Germany and Denmark. The Hacksilber thus functioned as a payment method in bullion, and had perhaps more to do with the lack of available coinage in the later Roman period in the north of Britannia in the course of the fourth and fifth centuries, than it had with uncivilized barbarians cutting up beautiful Roman silver objects. Otherwise, payment in bullion could just as well have been preferred by the Picts and their neighbours. There are examples known of melted Roman silver turned into Pictish art objects. Last in this section is Vince van Thienen’s exploration of the social history of the crossbow brooch, originally a military sign that evolved with the growing importance of the army in the later period of the empire, into a symbol of the absolute imperial elite. 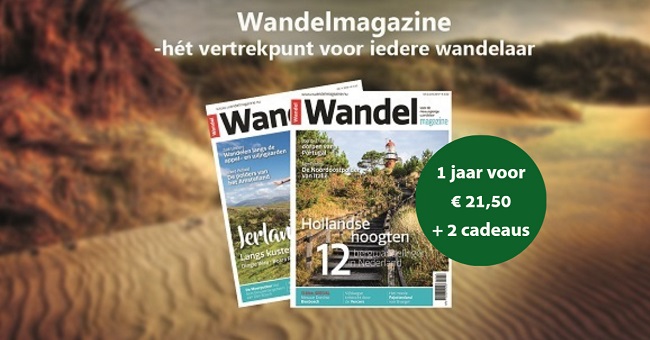 The last section of the book is devoted to case studies from different areas on the northwest frontier. Were Alain Vanderhoeven explores the gradual development of the Late Roman Town of Tonger into an early medieval settlement, Simon Esmonde Cleary and Rob Collins researched the role of the Roman State in Late Roman Britannia in their articles. Most interesting in the volume however, did I found Stijn Heerens contribution on the transformation of Germania Inferior, later Germania Secunda. In his article Heeren makes a few interesting suggestions. He explains for example, the absence of Roman troops for this part of the empire in the Notitia Dignitatum, not because of a missing page or whatsoever, as has been done, but from the simple conclusion that there were no regular Roman troops stationed in the Lower Rhine area around the beginning of the fifth century. This leads him to conclude the limes in the Lower Rhine area was guarded by foederati and laeti solely, which fought in the name of Rome but were not seen nor treated as regular troops. Besides information that can be extracted from the Notitia itself, there are also clues from archaeological research. Inhumation burials from show continued habitation of Roman military sites, with later evidence of ‘barbarian’ habitation thus indicating continuity rather than change. A post-imperial new society took form around the northwest frontier of the empire, in close collaboration with the declining state power of Rome.

Taken together, the articles in this volume present an interesting and up-to-date overview of scholarly thoughts about the end of the Roman period in northwest Europe. I would recommend it to anyone who is interested in the fascinating transition period of the waning of the Later Roman Empire and the development of the first early medieval kingdoms.