[Recensie] In the past year and centenary of the 1916 Rising in Ireland we were overwhelmed by publications on the rebellion, and its aftermath in the form of the War of Independence and the Civil War. An original approach was taken by Kevin Kenna, who in his book wants to give an overview of all armed struggles by the Irish against foreign invaders. This could have been an excellent opportunity to present a modern, up-to-date overview of this militant side of Ireland’s history against all the overtly pompous and simplistic nationalistic publications that have been presented to the general public in most of the twentieth century, and beyond. Unfortunately Kenna missed this opportunity, and even worse, gladly joins in to cement the distorted image of the history of the island even more persistent in the collective memory.

To begin with, Kenna has not been trained as a historian, although that did not a priori had to be a major issue in writing a book based on secondary source material, it perhaps explains why his book cannot withstand a critical eye. A concise popular overview of important battles and risings in Irish history could have helped to balance the still dominant but historically inaccurate image of 800 years of united Irish armed struggle against successive foreign invaders. However, already in the foreword by Jim Mc Mahon we come across the first roaring phrase on the “…attempts over a thousand years to keep a flame alive…” (p. IX), a long overdue and simplistic way of presenting the complicated history of Ireland. Mc Mahon speaks his hope that particularly visitors from abroad will read the book to get introduced to the island’s history in a “digestible” form. For someone knowing a bit of Irish history, I fear the contents will be rather difficult to digest. In the following I hope to make clear why.

Not only Mc Mahon revels in outdated statements, so does Kenna himself. He presents Irish history as evolving around the strife between Irish versus invader and sins in presenting both an array of inaccuracies and outright historical errors. Speaking in his introduction of the last chapters of the book dealing with the 19th and 20th century risings, Kenna even states that “it could be argued that the 1916 Rising (…) seems in hindsight to be an almost inevitable consequence of our long history” (p. XI), a splendid piece of 19th-century anachronistic oratory which does no justice to the truth whatsoever. Schoolmaster Pearse would have been proud.

For reasons unclear Kenna starts his story in 1014 with the Battle of Clontarf. Probably because now we finally get a clear picture of the ‘good Irish’ against the ‘bad Vikings’, although warfare before the arrival of the Vikings was endemic between the Irish petty kings themselves. This would not have fitted so nicely in the narrative. For reasons of convenience Kenna chooses not to distinguish between Danish and Norwegian Vikings in his chapter on the Battle of Clontarf. Key in understanding the battle is however, the rivalry between Danish and NorwegianViking groups that Boru exploited, as well as the rivalry between the Irish magnates themselves. Both sides at Clontarf comprised Irish as well as Viking forces but to Kenna “The fight could be described…as a battle of a Christian king versus heathen Viking opponents” (p. 18). 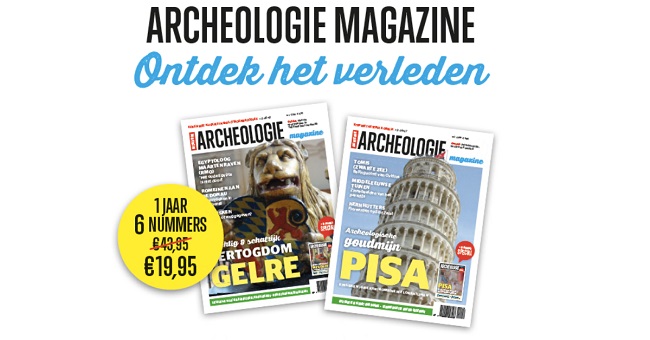 It’s the same song when Kenna handles the war of 1641, when a revolt against English protestant domination was led bij Felim O’Neill and Rory O’More. Kenna dismisses the role of the Old English as flawed because their “resistance to English power was never the result of any love for the country in which they now settled but was down to private grievances” (p. 47). Unwillingly Kenna touches here the point, albeit unknowingly, why every rising and insurrection in pre-modern Irish history failed, because every group was pursuing its own interests: Mc Murrough invited the Anglo-Normans in the 12th century because it suited his short-term interests, such as Brian Boru forged alliances with Vikings when it seemed to proceed his interest of overpowering other native Irish lords. The Catholic farmers in the 17th century who had lost their land fought because they had nothing to lose and their wrongdoers happened to be protestant Englishmen or Scots. Hugh O’Neill and Red Hugh O’Donnell in the 16th century fought because their power was threatened and undermined by the newcomers. The concept of ‘Ireland’ as something to protect was at the best used as a tool to gather together all were embroiled with the new keepers of powers, but mainly projected back as a 19th and 20th century idea on preceding centuries.

If all of ‘united Ireland’ had risen in whole against any foreign invader, at whatever point in time, it would have been successful but that is not how history works. It is a folly and a shame that even in 2016 the myth of a united nationalist Catholic Ireland battling foreign groups throughout the centuries of its existence is given a new breath of life by writers as Kenna. Ideas of advanced nationalism date from the end of the 18th century and should not be projected back to medieval and early modern times. This does not imply the denial of alliances that did exist at the time between for instance Old Irish groups, but these were short-lived and only kept in place as long as it suited both parties in the agreement.

To proceed into the 17th century, Kenna refers to Stadholder William III of Orange as the President of the Dutch Republic, although no such position existed there at the time, and still doesn’t. Introducing him as supreme commander of the Dutch armed forces and with considerable political power, but subjugated to the parliament of the Republic, would have sufficed in giving a more accurate as well as understandable definition of the position of this man in the Netherlands. Furthermore, when talking about the Battle of Neerwinden (1693) Kenna situates this in Holland, although the locality is in the middle of present-day Belgium. More serious errors that could have been prevented easily are found in the Kenna’s treatment of the 1798 rising, although the historical inaccuracies lessen as we proceed to the twentieth century. The Dutch fleet that should have invaded Ireland under guidance of Wolfe Tone in 1798 is presented as a shared French-Dutch enterprise, which it wasn’t. When the French were not that eagerly in providing material, Dutch Patriot Herman Willem Daendels was eager to help although the massive undertaking eventually came to nothing due to bad weather and planning. On top of it all Kenna decides that the French general Hoch died on board of one of these Dutch ships, while in reality he died of consumption on the Rhine frontier in 1797. Glancing at the literature the author used it would be no surprise if at least some of the simple mistakes come from some of these books. Much of the material is hopelessly outdated, some books even coming from the 1930’s or 1940’s or even the 19th century, primary sources apart.

Last but not least Kenna devotes a whole quarter of his entire book to that mother of all risings: the Easter Rising. This seems a bit out of balance towards the rest of the treated rebellions, but it unfortunately does not lead to more historical sophistication in Kenna’s approach. However, he does get his facts straight for this well-known episode but in interpretation hopelessly follows the downtrodden path of nationalist trumpeting, greatly overstating the role of Pearse in planning and executing the Rising at the expense of men like Clarke and MacDermott who were the driving forces behind the clandestine operations leading to the rebellion. All in all, I would not recommend this book to anyone seeking for an introduction to the general or military history of Ireland. In roughly 200 pages, there are way better books on the subject to be read than this one.