The story of the Great Dublin Lockout retold

[Recensie] This book by Gary Granville was originally published in 1978 as part of an educational project. Now it is republished as a general introduction to the Lockout. Two principles underpin the book, as Granville tells us in his introduction. The first being the presentation of the narrative in a simple but not patronising manner, as the book is meant for those who know very little about the Lockout and its legacy, and the second being the integration of the literary and other arts within the text. As a consequence, the book contains a lot of pictures from early-twentieth-century Dublin and numerous quotations from literary sources.

Granville’s story of the Dublin Lockout of 1913 is actually not only about the Lockout itself, but is in fact much more than that. The book reconstructs life in Dublin at the beginning of the twentieth century in all its aspects and that way it forms a social history of the city. Living in the city by rich and poor is described thoroughly, as is the particular absence of heavy industry in Ireland’s capital, a feature so common in similar cities in Britain and Europe. This made life and work for unskilled labourers in Dublin particularly hard, as they had to rely on casual work and jobs for their existence. A great reservoir of constantly unemployed workers inhabited the city’s crumbling tenement buildings, forcing their working fellow citizens to accept appalling working conditions and starvation wages.

All important features of the conflict are treated in Granville’s book. Although the story may be well-known, Granville retells it with vigour and in a concise yet entertaining manner. The lockout started due to industrialist W.M. Murphy’s introduction of a document that had to be signed by his employees and in which they would declare that they would never join the ITGWU union or, if they already were a member, that they would resign membership and leave the union. If they wouldn’t do this, they would lose their jobs. This sparked a rapid response by Jim Larkin, the ITGWU’s leader and a militant socialist. The strike was called and the first few thousand strikers from Murphy’s tramway company filled the streets of Dublin at the end of August 1913. They were soon joined by sympathetic fellow workers from other branches that went on strike in support of them, and by locked-out union members by the employer conglomerate that had formed. At the height of the struggle some 20.000 workers were deprived of work.

The organizing of the food transports from Britain and the failed campaign of the striking workers to send their starving children to England in order to protect them from the harsh living conditions in the city are two other key aspects that Granville points out in his text. Also Larkin’s Fiery Cross campaign in Britain to organize support for the strike, the numerous riots and the excessive police violence that was used against Dublin’s poorest citizens protesting for a decent existence are well-told by the author. The book concludes with the end of the strike in the spring of 1914, the failure of the British trade unions to support the Dubliners by calling a sympathetic strike appears to be one of the main reasons of the strike’s defeat, and the legacy the lock-out has produced in the 100 years that have passed since its start in 1913.

Granville’s concise and clear writing style, along with the numerous illustrations and quotes from literary sources, make this book an ideal introduction to the lockout. For those readers that prefer to dig deeper into the subject, I would recommend Padraig Yeates’s Lockout: Dublin 1913 and Rebel City: Larkin, Connolly and the Dublin labour movement by John Newsinger. 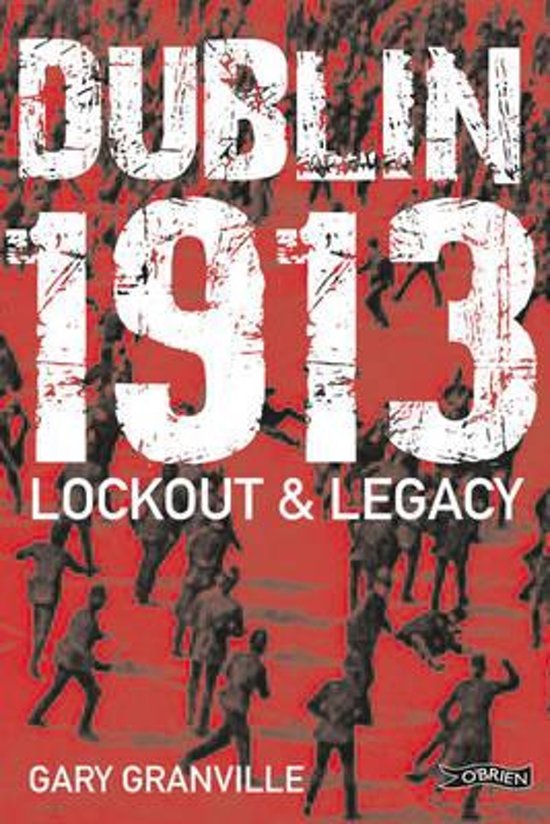