[Recensie] The so-called ‘red terror’ in the first months of the Spanish Civil War is still a much understudied subject of research nowadays. Of course the excessive killing of right-wing citizens in Madrid has been widely covered by francoist historians, but little serious study has been done in this field. With this study Ruiz hopes to fill the gap. In his book, the author wants to debunk the myth that the wave of killings in Madrid in the war’s first months was not the work of ‘uncontrollables’ as is generally accepted in the historiography, but that it was an organized affair and an integral part of the struggle against the fascist threat. As Ruiz makes clear in his introduction, according to his thesis it was neither some uncontrollable part of Madrid’s population, nor Soviet agents who instigated the killings. Instead they were organized by the revolutionary tribunals that sprang up all over the city in the aftermath of the failed military coup that did not contain nothing-to-lose proletarians, but most of the time skilled workers, clerks, civil servants and even policemen. Not the people one would expect when talking about uncontrollable forces.

The ever present fear of the fascist cruelty that travelled ahead of Franco’s advancing forces would create in Madrid an atmosphere of hurried anxiety, and led to an irrational presumption that fascist fellow travelers within the city could strike any moment. Ruiz has a lot to say about the unfair and irrational burning of churches that occurred in Madrid and elsewhere in Spain in the run up to and during the first stages of the civil war. Although he shows church burning was nothing new, and gives examples from the 19th century, what he fails to point out is that the popular anger vented out this way wasn’t directed against the catholic religion per se, but against the Church as an institution, one of the pillars of reactionary society that in Spanish history had proved time and again to side with the wealthy and privileged not only in times of trouble, but also in everyday life.

Ruiz describes in detail the changes Spain’s capital city underwent in the immediate aftermath of the rebellion. Security forces such as the Civil Guard, Assault Guards and regular police were reformed and cleansed from potentially disloyal personnel. The Republican fear of a ‘fifth column’ in Madrid, fueled by statements of the rebel commanders, caused the organization of many new institutions, one of them being the CPIP (Comité Provincial de Investigacíon Pública). The CPIP was set up to find fascists operating in the rearguard of the Republican territory, but soon evolved into an instrument of terror. In August and September 1936 the advance of the rebels’ army columns, the growing shortage of food in the city and the gruesome testimonies of fascist atrocities by incoming refugees each played their part in creating an atmosphere of fear in which vague rumours quickly developed into proven fact.

The way the killings in Madrid were undertaken were influenced by two major developments of the early twentieth century, as Ruiz makes clear: the invention of the motorcar and the development of the Hollywood movie scene. The procedure of taking victims ‘for a ride’ and shoot them at isolated spots, as was practiced during the period of terror in Madrid, originated from mafia practices in the United States in the 1920’s that later inspired Hollywood movies. Although Ruiz shows that the killings were against every form of legal justice the main point he tries to make remains somewhat problematic. Although he claims the terror was well-organized and not the work of ‘uncontrollables’ as the legend has it, the fact remains state authority on the Republican side completely broke down as an effect of the military uprising. Ruiz shows convincingly that the killings themselves were organized and executed by revolutionary tribunals such as the CPIP, led by working-class organizations that took power in late July 1936, but it remains contestable considering the atmosphere and reality of the time if it is realistic to suppose atrocities could have been prevented. It is true that Ruiz brings up individuals who stood up against the work of the tribunals, but he also tells of the desperation of Madrid’s defenders and their conviction that with their ‘summary justice’ they served the anti-fascist cause. Fear for fifth-columnist activity in the city was real, as was later proved, and with Franco’s forces approaching time was running out for long drawn court cases. More prisoners from Republican jails could and should however, that may be clear, been transported to safe detention places in the hinterland, instead of being executed outside Madrid’s city limits at Paracuellos and other sites. 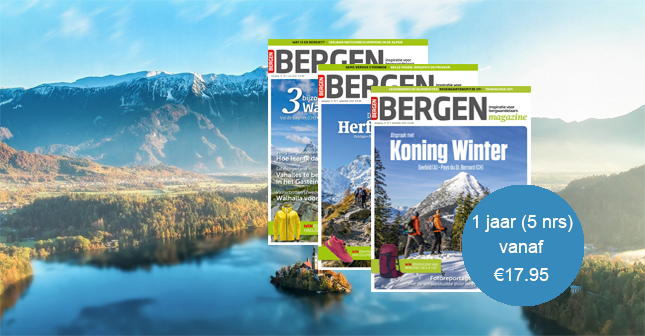 Ruiz describes the attempts in Republican Spain to restore state justice, and also why these couldn’t replace the revolutionary political parties’ courts; they simply could not keep up with the speed of the revolutionary courts and the amount of suspects that had to be tried at short notice. The frequent discussions between the various tribunals of the various Popular Front organizations expose the problematic nature of Ruiz’s use of the word ‘institutionalized’ as regards the nature of the terror in Madrid. Execution squads and revolutionary tribunals operated mainly on their own initiative. The government was merely looking on, frightened at the prospect of having to confront ‘the people’ to which they, in the end, owed the fact the Republic wasn’t immediately overthrown by the military rebellion. It also lacked the executive powers in this period to stop the extrajudicial killings. However, individual persons in the government, such as the anarchist García Oliver who was minister for Justice for a time, would not mind for a few right-wingers more being killed by legalistically unauthorized revolutionary tribunals and their execution squads. He, among others, thereby helped creating the permissive environment in which the killings could take place. The exact extent to what one can consider the roaming executive squads and the over-eager tribunals institutionalized or organized remains debatable.